Space Wattle at the start of the Great Ocean Walk

Space Wattle at the Start of the Great Ocean Walk

What does Apollo Bay, at the start of the Great Ocean Walk, and Space have in common? Well in one word… Wattle! (But our small town does share the same name as the first rocket to land on the moon 52 years ago!)

The 1st September, the first day of Spring in Australia, is Wattle Day; it is when many Acacia species (commonly called wattles in Australia) are in flower.

Aussies sometimes wear a sprig of these flowers to celebrate but stepping forward into the year 2022 here in Apollo Bay, we might just all be wearing ‘Space Wattle’!

What is ‘Space’ Wattle?

The ‘One Giant Leap Australia Foundation’ runs educational programs about space science, technology, and exploration. They got together with the Australian Space Agency in an exciting new project, collaborating with JAXA (Japan Aerospace Exploration Agency). 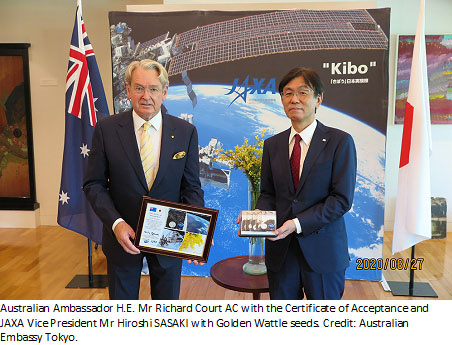 The Australian space agency approached Jackie Carpenter from the foundation and asked her if she would like to be involved in sending seeds into space. She jumped at the chance and after some thought decided that the seed of her choice would be the Australian Golden Wattle. Jackie mentioned, when being interviewed on the ABC news, that she didn’t want to send seeds from a plant that didn’t last very long, such as a tomato, and thought that a longer-lasting plant and something typically ‘Aussie’ would be a great choice.

So, Golden Wattle Seeds were sent to the International Space Station, sourced from the Australian Tree Seed Centre and zoomed up into space for 6 months (December 2020 to June 2021) orbiting the world around 386 times!

Apollo Bay and their Wattle Seeds

As part of the program, schools from all over the country had to apply to win some space seeds by sending in videos and a reason why their school would be a great place to grow, nurture, and monitor the seeds.

Apollo Bay P12 College was ecstatic to be chosen as one of the schools and is SO excited to receive their seeds. Their wonderful science teacher Andrea Leader has the seeds locked away and as soon as home learning is over the Space Wattle experiment begins!

The kids are so excited as they will be able to grow ‘Earth seeds’ (ones that have not been to space) alongside the ‘Space Wattle’ seeds. They will be asked to monitor any differences. This will be one of the most diverse space science experiments done in the country.

Apollo Bay was chosen as the school has a fantastic kitchen garden program here at the start of the Great Ocean Walk. The climate of the Otways is also a great environment to test and see how the plants progress. However, the seeds will also be grown all over the country so that the progress of the plants can be compared in different climates. 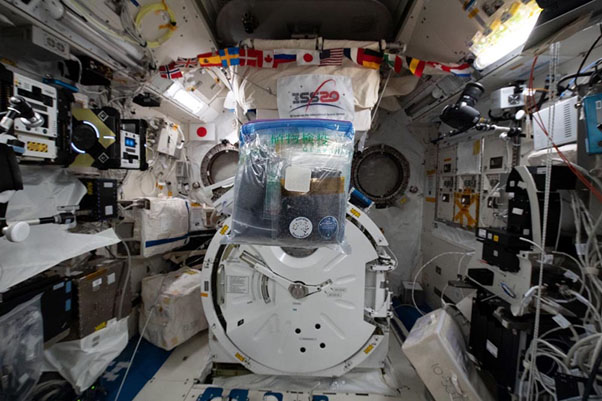 How the Wattle Seeds Will be Grown

Now that Australia has received wattle seeds that have been flown into space they have partnered them together with ‘earth’ seeds that have not. The seeds are from the same seed lot and will be germinated and grown at the same time, with data being uploaded to the ‘What’ll happen to the wattle??!’ app.

There is no guarantee that the seeds from space will all germinate but it will be exciting to watch and see!

All groups and schools (over 270 throughout Australia)  will be actively experimenting with the seeds and will be taking part in webinars and virtual meetings. All involved will have exclusive access to media and webinars with astronauts, space experts, and flight directors — so really exciting stuff! 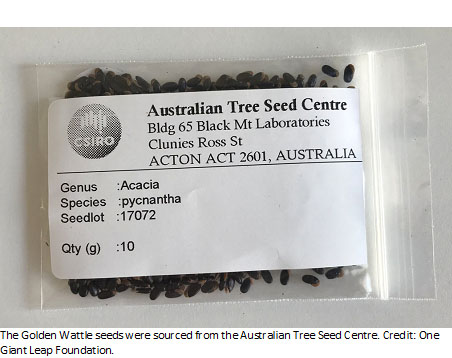 The Ethics of Space

What is quite interesting is that in the Otway National Park and on the Great Ocean Walk trail, rangers are constantly removing non-indigenous, invasive plants such as the blackberry. The Space Wattle project encourages the kids to consider this problem and will consider the ethics of planting in space.

The children of Apollo Bay P12 College and all around the country will also be learning about growing food and storing seeds in space, as well as on Earth.

Andrea and Meg from Apollo Bay school also arranged for these beautifully painted rocks to be hidden on the Great Ocean Road and the start of the Great Ocean Walk track (from Skenes Creek to Marengo). This was done to not only celebrate Wattle Day but to celebrate the arrival of these very special seeds. 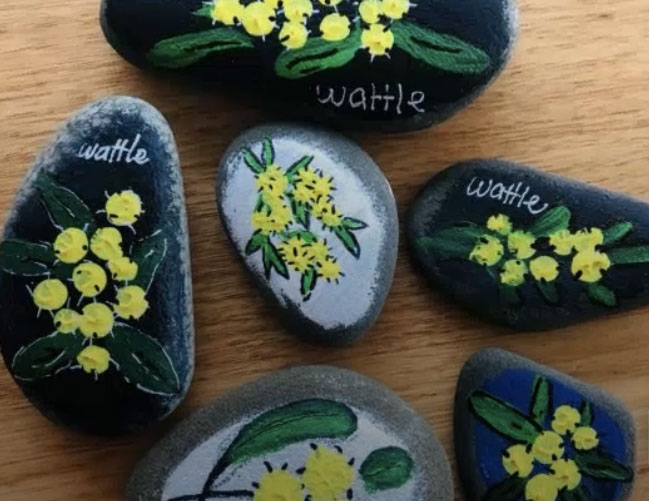 Will We Grow Aliens?

Nobody here in Apollo Bay knows what to expect yet. Some people predict nothing will happen….but you just never know! Keep your eyes peeled when you arrive in Apollo Bay to start the Great Ocean Walk – you might just see something unexpected! If you’d like some help planning your trip – complete with accommodation and luggage transport – take a look at our Great Ocean Walk Tours and get in touch if you’d like to ask any questions.

Aliens on the walk? Who knows!

For more info follow the link!  Or email Jackie  info@seedsinspace.com.au