Snakes out and about on the Great Ocean walk! 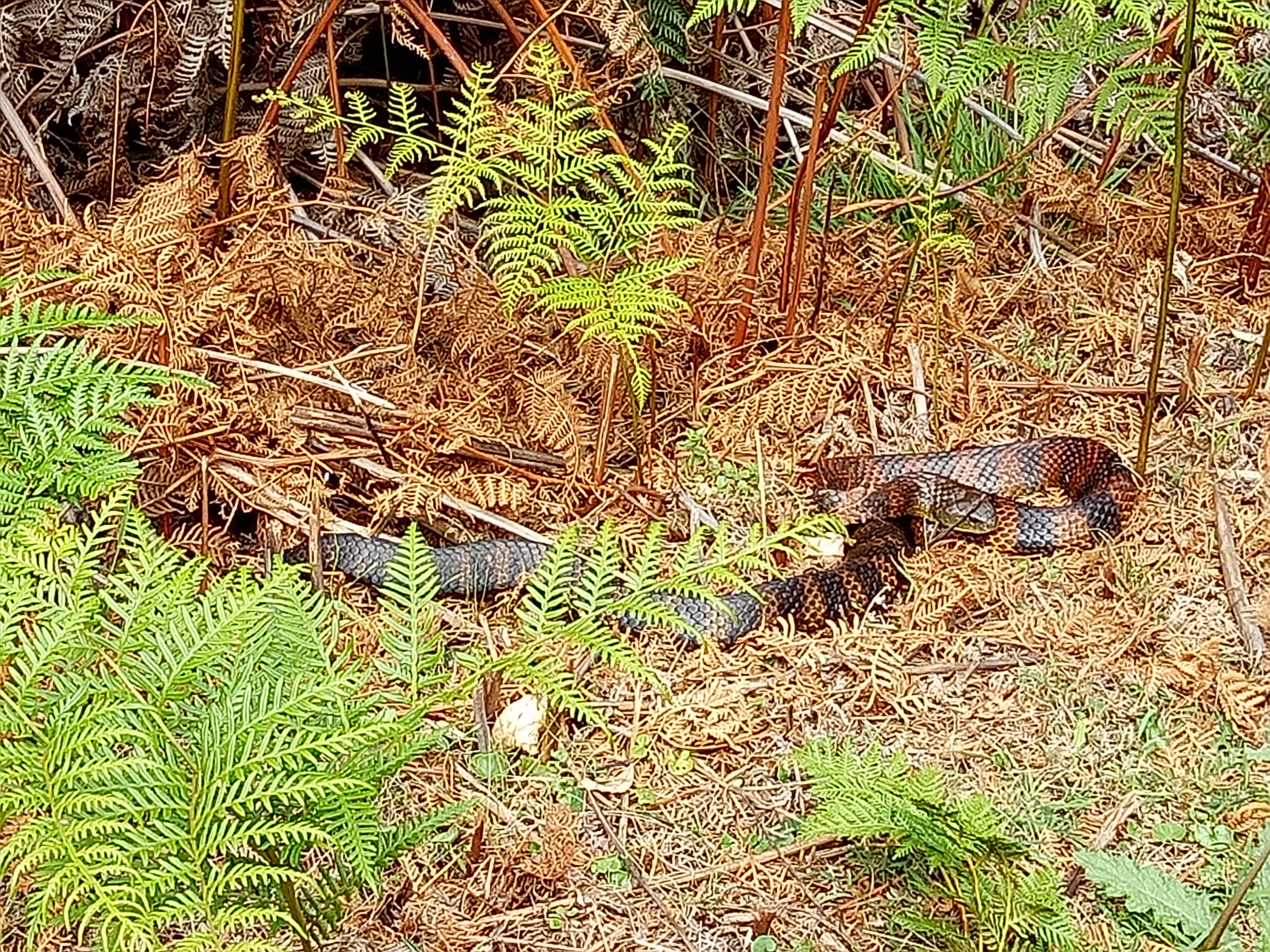 Don’t let the thought of snakes prevent you from doing the Great Ocean walk, as they really aren’t that interested in you!

All you have to do is try and avoid them. They don’t like people, so given the opportunity will happily choose to escape rather than attack. Just be aware of where you rest your hands and feet and don’t walk barefoot in the long grass. Stop if you see a snake in your path; don’t touch it, don’t threaten it and try not to frighten it. The best thing to do is to stay still or back away slowly to give it a chance to retreat.

If you do get bitten the most important thing to remember is to restrict the venom so that you can delay the onset of symptoms. Apply a pressure bandage immediately (the same pressure you would apply to a sprained ankle) but make sure that you do not wrap it too tight. The idea is not to cut off the blood flow to the limb, so you definitely would NOT apply a tourniquet or a constrictive bandage.

Place the bandage over the bite and bandage as much of the limb as possible. Use a splint to keep the limb immobilised. Remember, do not wash the bite as once in the hospital the venom on the skin will be identified so that medical staff can administer the correct antivenom. Try and stay still and do not panic.

In the unlikely event of being bitten by a snake, call emergency services immediately. (Call 000).

In over 14 years of organising walks on the Great Ocean walk track as Walk 91, we have not experienced any walkers bitten by a snake. (If you book a walk package with Walk 91 and have any questions about snakes we will happily answer your questions during your private walk briefing on your arrival in Apollo Bay). The track is well cleared therefore you are not walking through long grass. However, occasionally the warm cleared earth of the trail offers the perfect spot for a snake to bask in the sun. So, stay aware, but relax and enjoy. If you do spot snake, just stop and watch calmly and respectfully from a distance. They are amazing creatures. 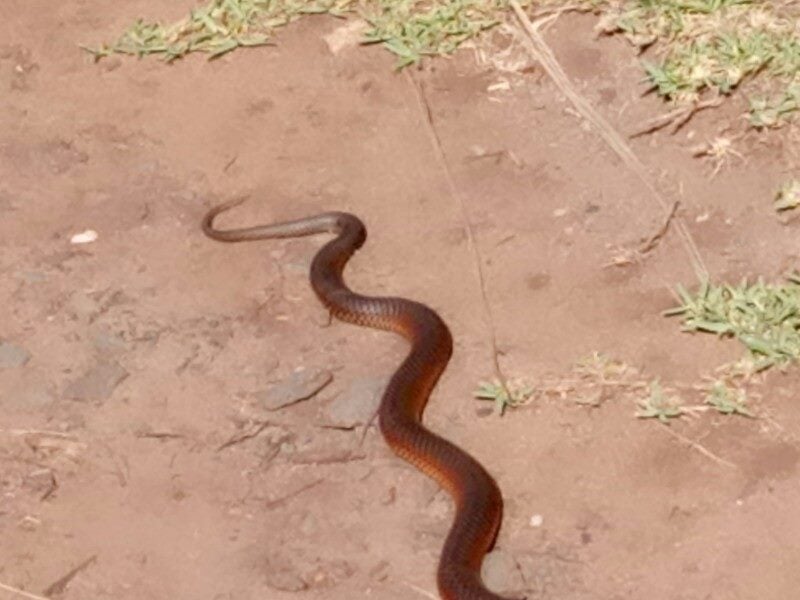 Only three or four snakes have been reported in the Otway National Park. The small White-lipped snake is not considered to be a threat to humans, The Lowland Copperhead is slightly more dangerous, and the Tiger Snake is the most dangerous.

The Tiger Snake has been known to grow up to 1.5m in length but most are much smaller than this and they are dark brown with yellow stripes around the body (but sometimes you cannot see these markings). In hot weather they are nocturnal but when it is warm they like to bask in the clear ground or on logs.

The Copperhead is highly venomous but it is known to be less aggressive than the Tiger Snake. It is usually dark brown or black, and sometimes has a reddish or orangish underbelly, so can sometimes be mistaken for a snake that is not found in the Otways – the Red Bellied Black Snake.

The White-lipped Snake is not considered dangerous and grows to approx 50cm in length.  It can be grey or brown and the belly is a pink or yellow colour. It has a white stripe from the nose to the eye, to the neck.

The Little Whip Snake grows to 50cms and is ‘glossy’ brown with a blackish head. It is not dangerous and can sometimes (rarely) be found at the eastern end of the Otway ranges. 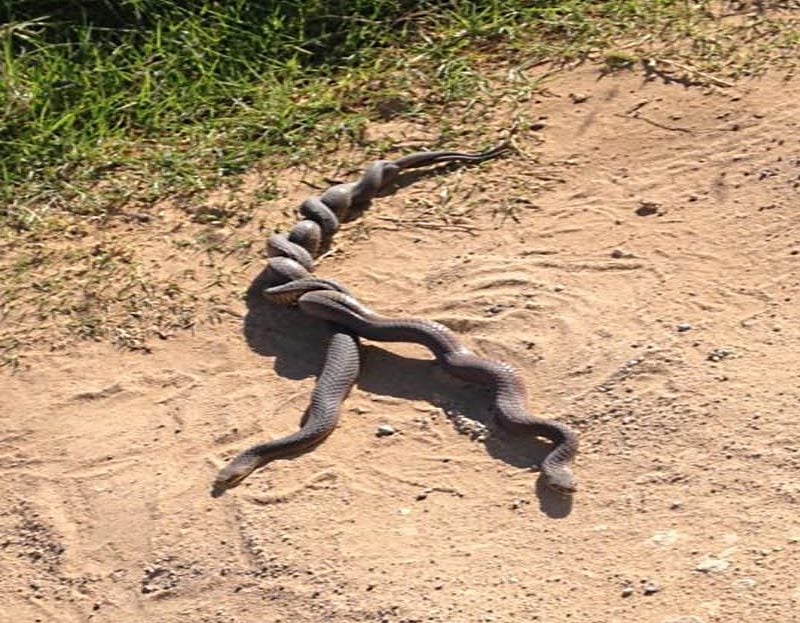 Female snakes are ready to mate when she releases pheromones (her scent) from skin glands on her back. An odor trail attracts the male and once he catches her scent, he follows her trail.

The courting begins when the male bumps his chin on the back of the females head and crawls over her. She raises her tail when she is ready to mate. The male then wraps his tail around hers so the bottoms of their tails meet at the cloaca (the exit point for waste and reproductive fluid).

The male has two sex organs called the hemipenes, which extend and release sperm. This can last as long as a whole day but often takes under an hour.

And some snakes combine these methods! Some females deliver live snakes by holding the eggs internally until they hatch.