All you need to know about Great Ocean Walk’s wildlife 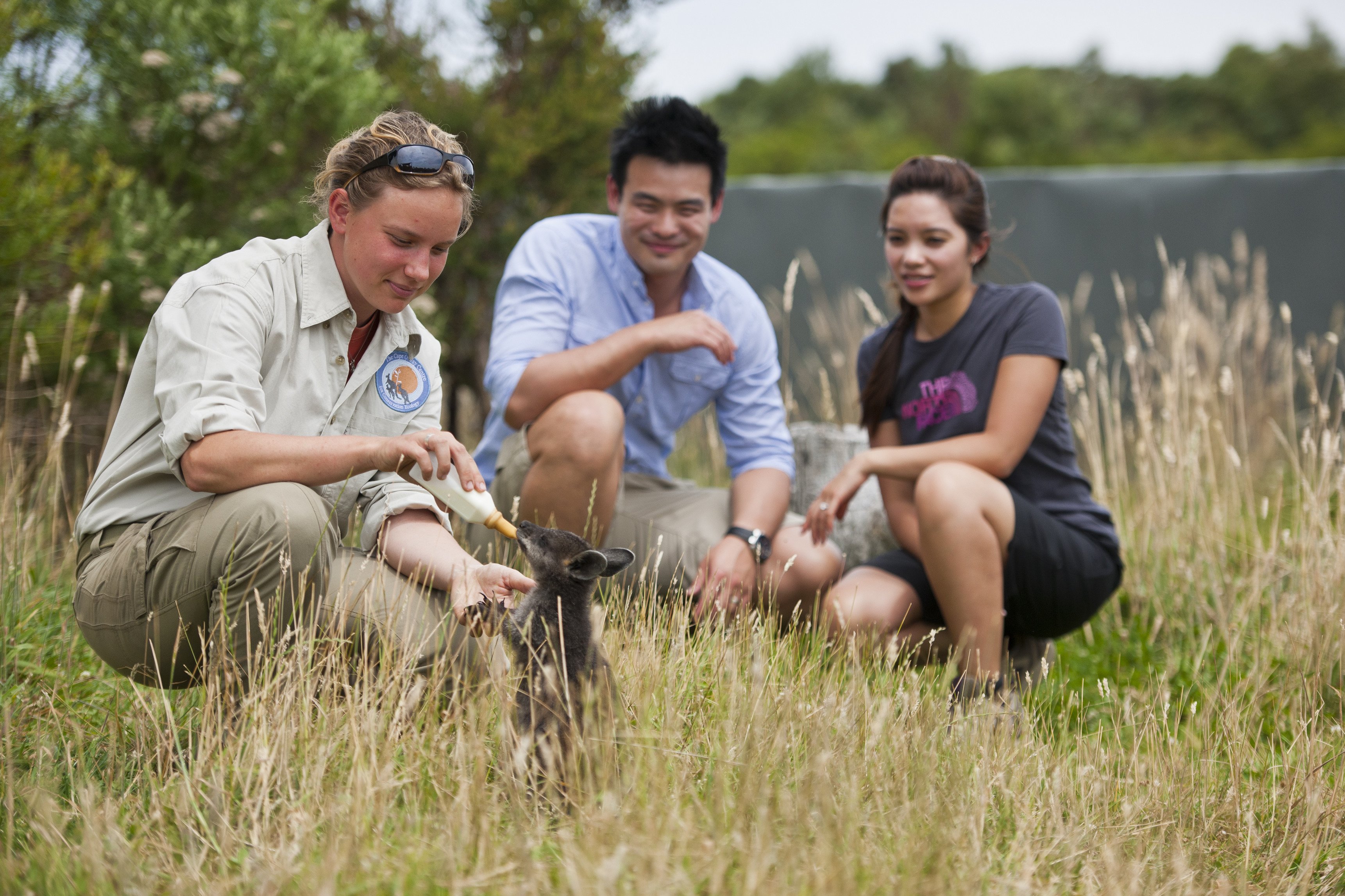 The Otways is the name of the coastal region from Lorne in the east, to Princetown in the west. For a small area it holds a wealth of diversity in Australian flora and fauna. Starting in Apollo Bay, the Great Ocean Walk plunges straight into the Great Otway National Park, so animals and insects immediately replace humanity. 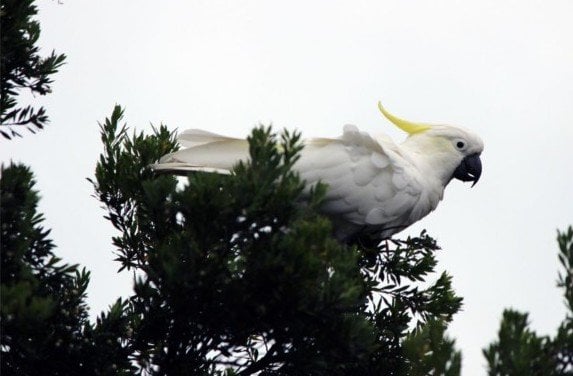 November is spring time on the Great Ocean Walk and the warming climate is alive with insects such as butterflies, moths and bees. Ants, spiders, beetles and snails are in the grass and leaf litter of the forest. Baby magpie birds are being taught by their parents how to catch and eat them. Wattle plants and Eucalypt trees are flowering and attracting loud, colourful birds such as Rosella’s and White Cockatoo’s. Up even higher are Wedge Tailed Eagles in couples, cruising on thermals and being bravely chased by smaller birds. Snakes and blue tongue lizards have come out of hibernation and are soaking up the sun.

At all times of the year the Swamp Wallaby are out and about around the Great ocean Walk eating the grass on the verges. These guys are often spotted in couples with a baby joey in the mother’s pouch. They have a unique,‘low to the ground’ method of jumping along at high speed.

Wallabys on the Great Ocean Walk 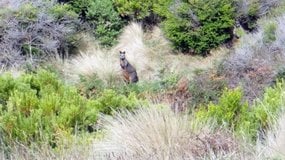 The wallabies’ larger, and better-known macropod cousin,is the Grey Kangaroo. They can be spotted in large mobs in open areas, such as the large grassy valley just to the west of Johanna beach and the football ground at Princetown.

Slightly more elusive is the echidna. If they sense that you are close, they will curl up in a spiky ball. But if you stay motionless for a few minutes they will uncurl and get back to their echidna business,which is jamming their snout into ant holes, inhaling and then eating as many as they can!

Echidna on the Great Ocean Walk 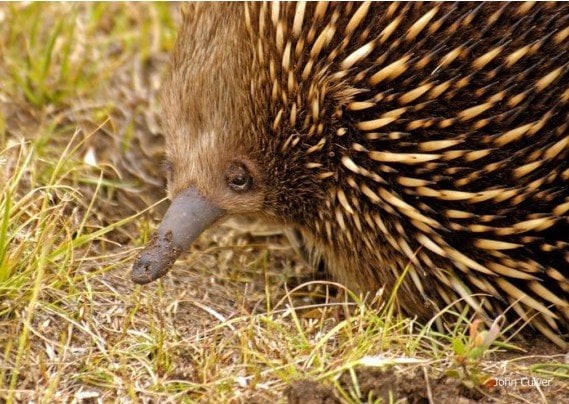 If you see a snake, they are great to observe and their powers of camouflage are amazing. Although most snakes in the Otways are poisonous, they will only bite a human if they attempt to touch or harm it. Given the chance, when they notice you, they will slither away into the bushes.

The strangest and easily the most elusive creature in the Otways is the Platypus. They live in the rivers and are rarely seen. The Tiger Quoll is also rarely seen, as they were almost extinct, and are now being rehabilitated as a species at the Conservation Ecology Centre near Cape Otway. 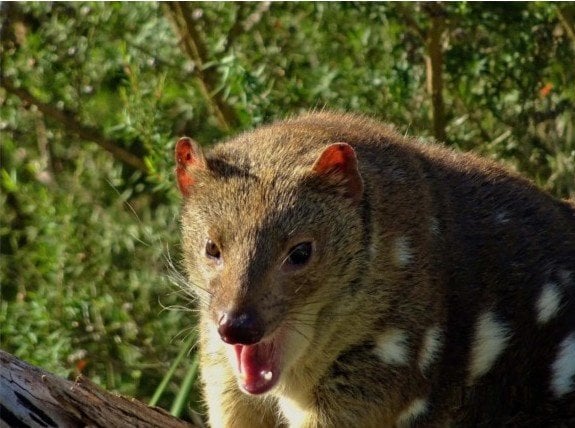 Potoroos are also being rehabilitated as a species at the Conservation Ecology Centre. It is rare to see Potaroos on the trail but a sighting has recently been confirmed by a tourist, along with photographic evidence, which is a great help to the Conservation Ecology Centre when gathering data. If you do see a Tiger Quoll or a Potoroo whilst on the Great Ocean Walk please call the threatened species hotline oniSPOTTED 1 (0477 688 331)

Potoroo on the Great Ocean Walk

Creatures that live in the tree’s include koalas and possums. They can be spotted around the Shelly Beach, Blanket Bay and Cape Otway area. In spring the female koalas often have a baby koala holding onto it’s back. Koalas are often sleepy in the day but at night can make a strange load grunting noise. This is a big surprise to many people, so do not be frightened if you hear it! 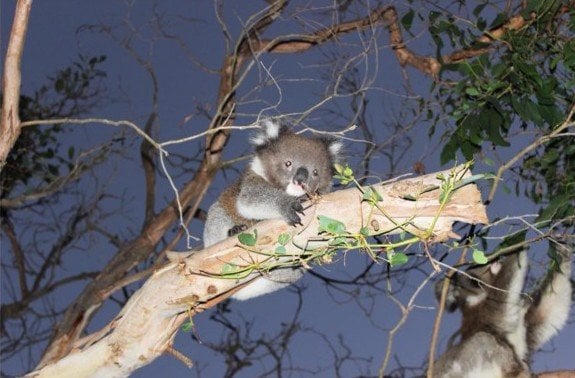 Koala on the Great Ocean Walk

Unless you are walking in winter and see a whale passing by the coast on the way back down to Antarctica, the only other mammals you might see are Australian Fur Seals. There is a large group of these just off-shore at Marengo where the Great Ocean Walk begins. (Contact Apollo Bay Surf & Kayak for tours). The seals love to explore the area and can sometimes be seen catching the sun on the local beaches and rocks along the coast. 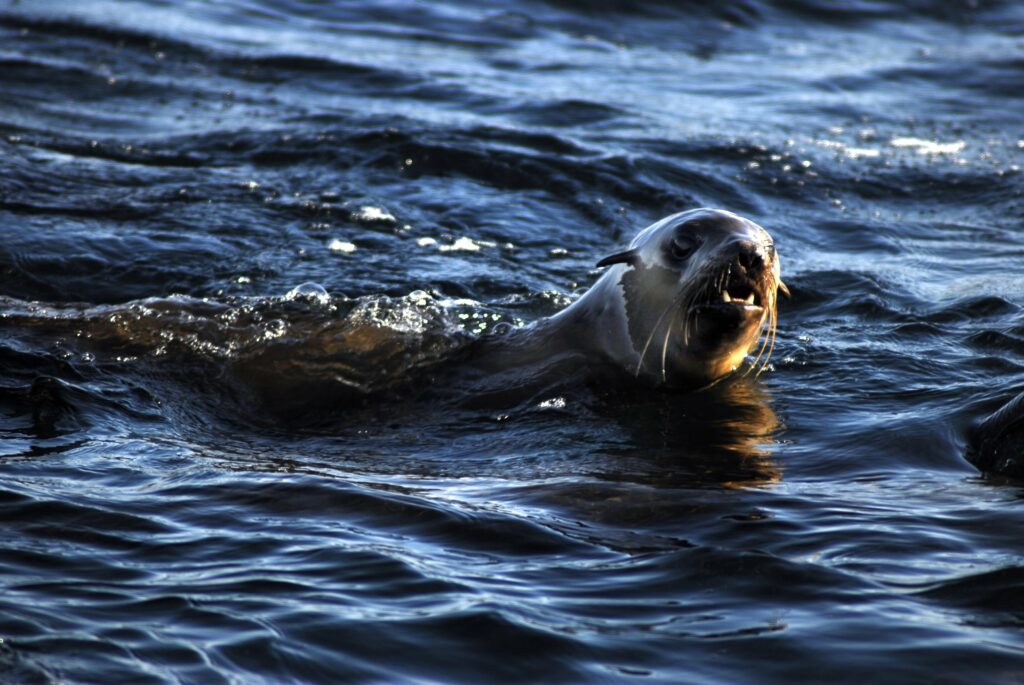 The Otways is also home (unfortunately) to introduced or feral animals such as deer, rabbits and cats. Parks Victoria control the numbers of these animals through methods such as introduced virus’s for rabbits and poisonous bait for cats, as they are detrimental to the ecology of the native forest.

Also keep your eye out for the infamous ‘Otway Panther!’. Many locals have sited this beast, but it has never been fully proven that it is not just a huge black cat. Those who have sited the ‘panther’, according to Apollo Bay Police have said,

“It was definitely not a feral cat, it was jet black, really big, with a really thick tail.”

Nancy Kininmonth, Walk91’s co-owner, also believes she spotted the panther on her first visit to the Otways many years ago.

“I was a passenger in the car and being originally from the UK, I casually mentioned to Mark, who was driving, “” Wow, I didn’t know you had panthers here!””, as I saw what I thought was a panther running through the fern trees along the side of the road. Mark thought I was joking, having already heard rumours of panther spottings, but I knew nothing of these alleged sightings”.

More recently one of our walkers from France was insistent that he saw the Panther near the Cape Otway Lighthouse. Walkers are encouraged to come and explore the Great Ocean Walk themselves to make their own conclusions on this! (Please send us a photo if you see one!)

If you want to come a explore the Otways and the Great Ocean Walk, there are multiple days walks to choose from, and you can walk any day you choose on a self-guided walk.