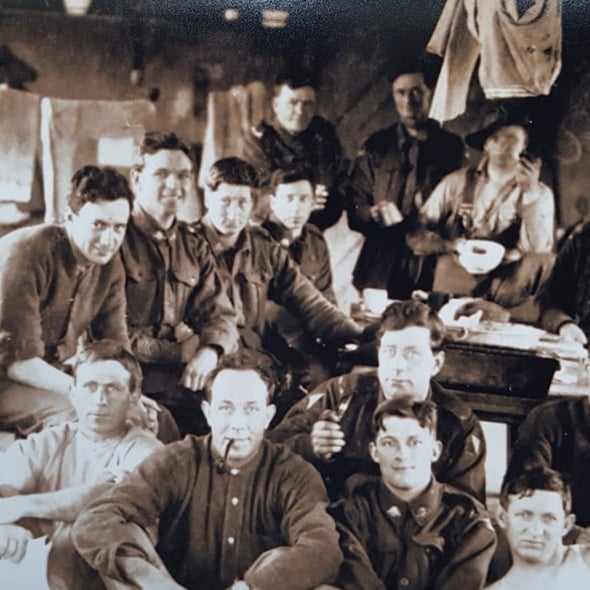 2019 has marked one hundred years since the beginning of the construction of the Great Ocean Road. The idea was to create an international tourism and motoring icon built by returned soldiers from WW1 who may otherwise have struggled to find employment. 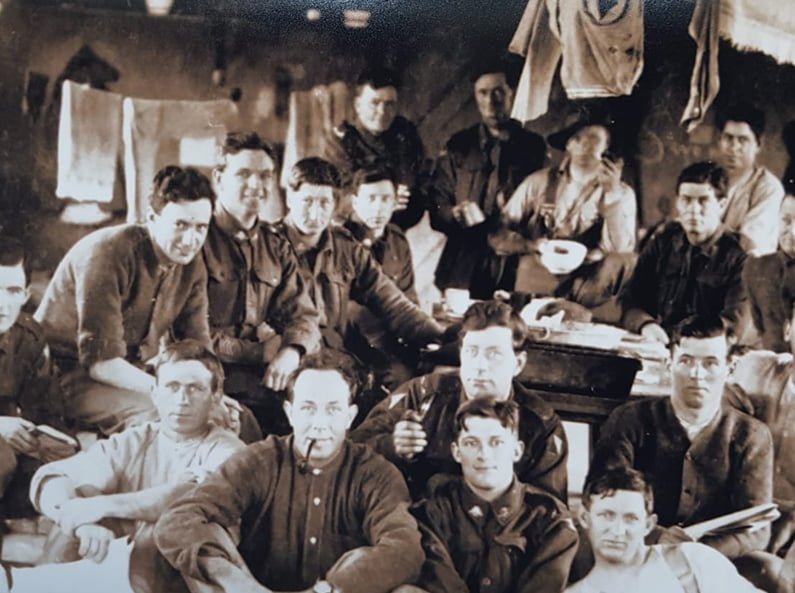 As the Mayor of Geelong Howard Hitchcock proposed at the time:

“A Memorial which would benefit thousands of settlers, give great pleasure to tens of thousands of tourists and motorists, and be the means of large sums of money being circulated in Victoria, which otherwise might be spent in other states”.

Another positive aspect of the construction of the road was to provide improved access to towns such as Apollo Bay which was surrounded by the mountains of the Otway Ranges and only able to be reached via steep roads from inland or by ship via the dangerous ocean waters of Bass Strait. This would help with mail delivery, managing telephone wires, ease of access in the case of any shipwreck, boosting the timber industry and most importantly, providing access for defense in case of another breakout of war. 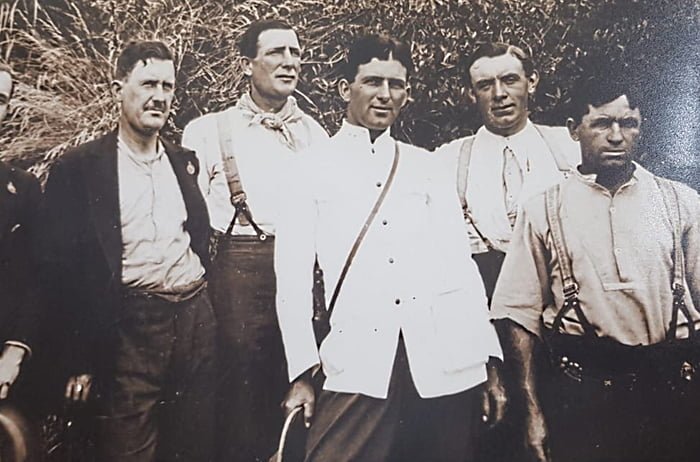 Plans for the Great Ocean Road emerged in the 1880’s. However, it was not until WW1 finished that the chairman of the Country Roads Board, Mr W Calder, approached the State War Council with a proposal that funds be provided for re-employment for returned soldiers. The budget for the road was originally $150,000 and this was thought to be ‘low cost due to the fact that in many sections the necessary stone and material is on the route’. A financial appeal was announced by the Geelong Mayor Howard Hitchcock a toll road on the Great Ocean Road was also introduced. 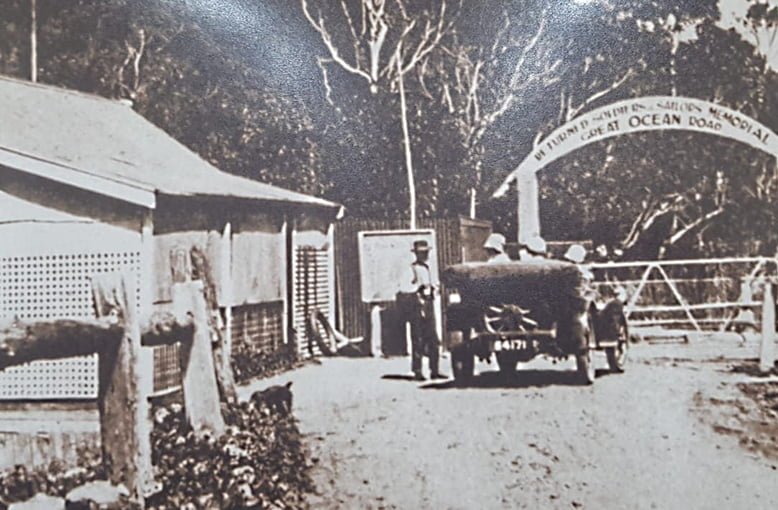 Engineers, architects, draughtsmen, foremen and labourers were needed and it was proposed that the bulk of the $150,00 would provide wages to the discharged soldiers, ANZACS on the Great Ocean Road, helping the government to offer employment in a difficult economic downturn. 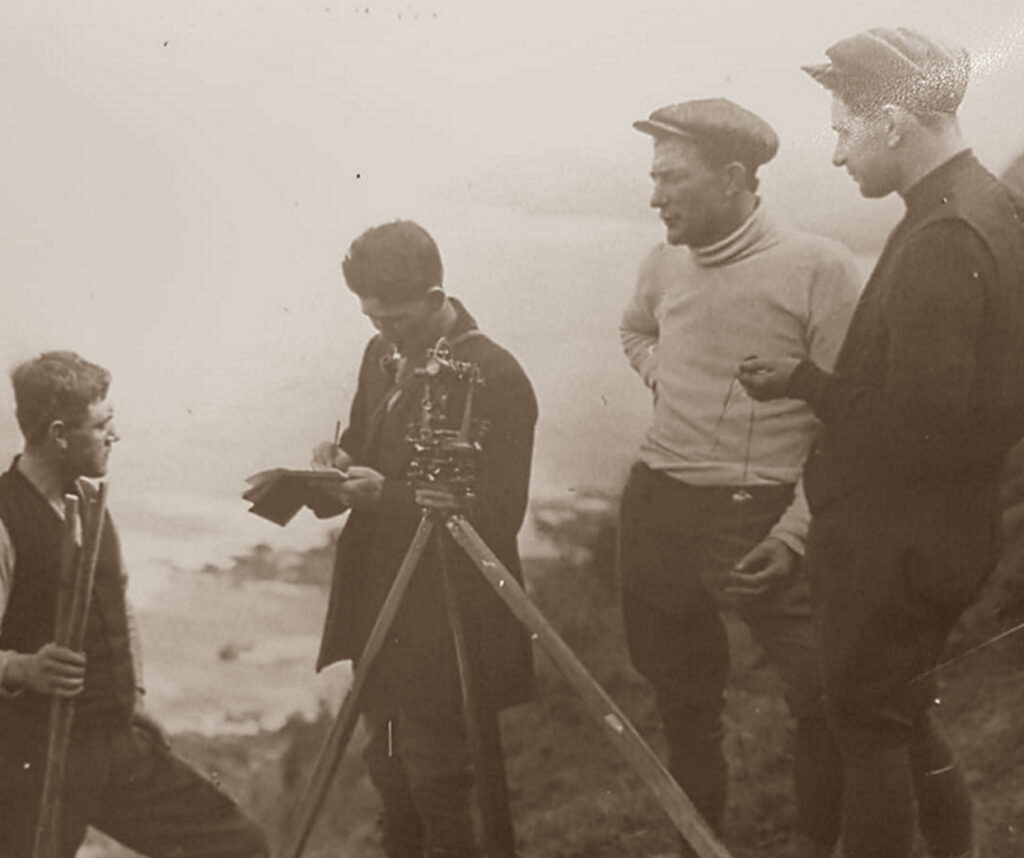 The original plan was for the road to take 3 or 4 years to complete from Barwon Heads to Warrnambool for approximately 188kms. Surveying the route began in 1919 and the road was finished in 1932.

It was said that the building of the Great Ocean Road not only offered jobs to the ANZACS but a sense of pride and purpose on returning home to Australia. The Great Ocean Road proposal at the time suggested “the congenial surroundings, such as bathing, fishing, shooting, combined with a health restoring climate, would surely be very acceptable to the men.” 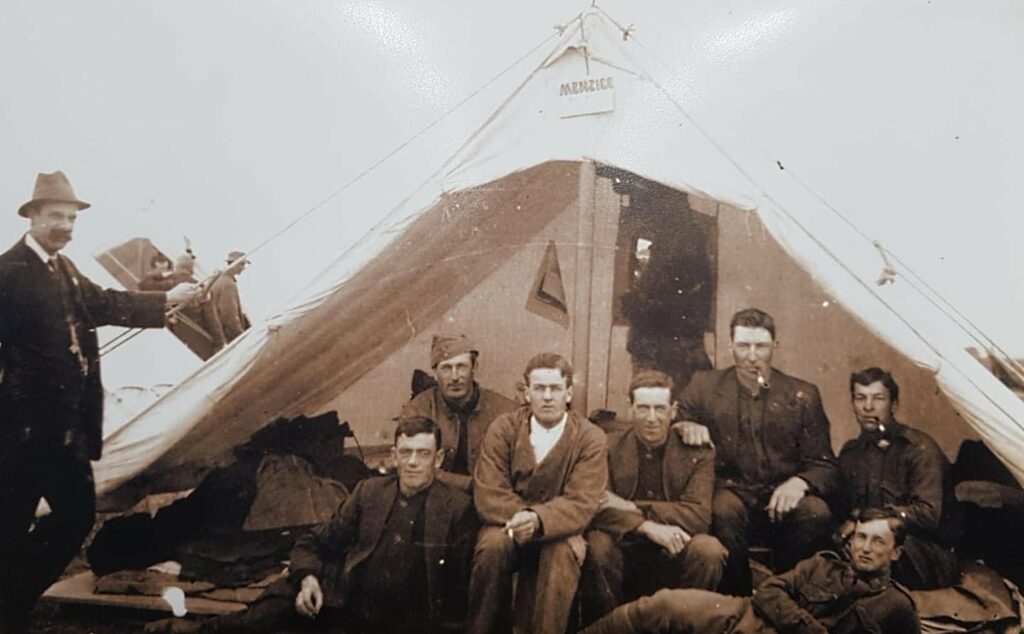 The reality was much harsher as conditions were tough and the work was back-breaking. The soldiers dug, shoveled and blasted the rocks to form the road all along the coast. Hundreds of men worked the trail, many shell-shocked and war-weary from Gallipoli. It was said however that the men found the transition comforting as they were working alongside fellow soldiers in teams, sharing tents and eating together……. but this time nobody was shooting at them. There was a real sense of comradeship. 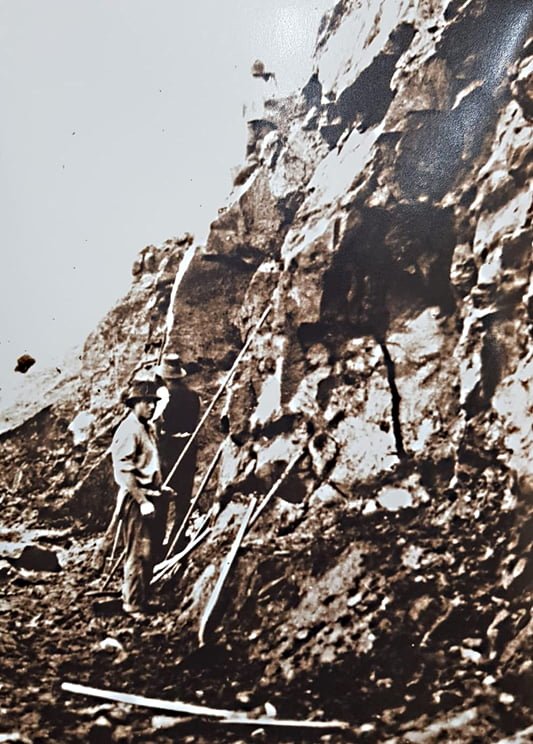 Another benefit that the road promised was an increase in accessible farmland and investment in farming practices. Farming and the increase of butter factories not only provided jobs but an increase in the value of all the farming land on the Great Ocean Road’s route.

Tourism was also one of the main focuses of the sales pitch for raising funds for the Great Ocean Road. The original proposal for the road states,

“Carrying out of this scheme would provide the finest Ocean Road in the world. Travelers throughout the world know nothing which would compare with it. Mention might be made of ocean roads such as the Riviera (South of France); road from Ilfracombe (north coast of Devonshire); coast of Tasmania; San Francisco Road, Cape Town to suburbs; Bulli Pass (NSW) but none of these equal the Great Ocean Road for beautiful ocean, mountain, river or fern gully scenery.”

“This road, with all its attractions would keep thousands of pounds in Victoria, instead of being spent in New South Wales, Tasmania and New Zealand.”

It was a visionary idea from a past era that has been very successful. Nowadays up to six million people travel the Great Ocean Road annually.

The rise in popularity of the Great Ocean Road has really boomed to record numbers in the last thirty years and it took a while for the road maintenance to catch up. Recent state and federal funding have allowed Regional Roads Victoria to replace bridges, resurface damaged sections of the road and complete geotechnical works to strengthen the road and stabilise the hillsides. (Some discarded tools have recently been found during these works belonging to the Anzacs 100 years ago).

It was not until the early 1990s that the road was made bitumen beyond Apollo Bay.

For most of its 104 kilometres the Great Ocean Walk leaves the bustle of the road and its traffic behind, traversing through a diverse mixture of forests and open beaches and offering breathtaking views along clifftop paths. It is awe inspiring to look back along the coast and imagine what it would have been like trying to ‘bush bash’ through hundreds of kilometres of dense forest to build such an iconic road as the Great Ocean Road.

Hikers choose to walk over six or seven days carrying camping gear and staying in beautiful designated campsites created by Parks Victoria or you can choose to walk with Walk91.  Here at Walk91, a local business to Apollo Bay, we will organise your walk for you, including all meals, shuttles and accommodation….. so you can hike self guided,  ‘pack-free’ and ‘stress free’ (with local back up) whilst we transfer your luggage for you.

Finally, thank you to all the wonderful local staff at the Apollo Bay Museum for their great enthusiasm in keeping the history of Apollo Bay alive. Please visit the museum if you are in Apollo Bay to look at the many great photos of the Great Ocean Road and meet some wonderful locals who are more than happy to chat to you about our area’s rich history.